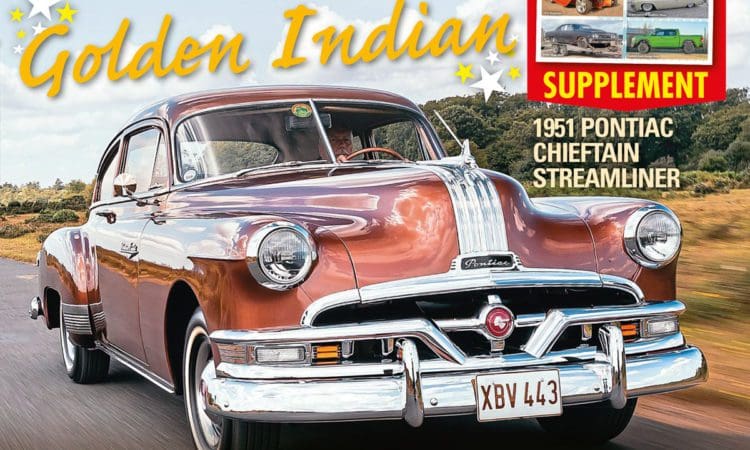 Check out the Golden Indian, a luxurious 1951 Chieftain Streamliner in the May issue of Classic American – plus a FREE 32-page supplement! You don’t want to miss out!

If you’d like to read the May issue of Classic American, then you can cut to the chase and download the digital version, order the print magazine, or better yet save those pennies and subscribe to Classic American magazine. Here’s what to expect this month…

If you love the fins of the later Fifties, sleek and superbly usable cars like this 1951 Pontiac Streamliner Deluxe are waiting to convert you to the previous generation.

Zack Stiling tracks down a relative rarity in the shape of a 1932 Ford Model 18 Victoria that might even have a royal connection, but has been in one man’s possession for more than 40 years!

The race-car pedigree of John Davison’s ’69 Plymouth Road Runner ensures that this Mopar Super Stocker keeps on keepin’ on!

You can also buy stacks of back issues of Classic American magazine, but it’s cheaper to subscribe. Subscribers save money, get their copies delivered to their doorstep and never miss an issue!