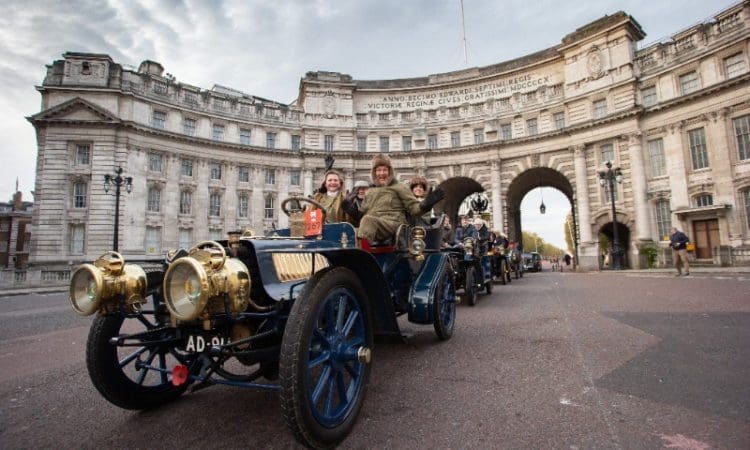 As an unseasonably mild London was still covered by darkness, nearly 400 pioneering veteran cars, their intrepid drivers and plucky passengers gathered in Hyde Park on Sunday (4th November) waiting for daybreak to signal the start of the remarkable Bonhams London to Brighton Veteran Car Run supported by Hiscox. It’s now more than 120 years since the original Emancipation Run, which was held in 1896 to celebrate the recently passed Locomotives on Highways Act. This raised the speed limit for ‘light locomotives’ from 4 to 14 mph and abolished the need for a man to walk ahead waving a red flag.

Symbolising that new found freedom, the annual Run always commences with the symbolic tearing of the red flag – a ritual pre-dawn feat this year performed by supermodel and car enthusiast Yasmin Le Bon representing The Movember Foundation and F1 team boss Christian Horner who was joined at the finish by his Spice Girl wife Geri and young family.

Then, at 06:59am sunrise, the first of the pre-1905 horseless carriages was flagged away from the start with the earliest of the Victorian vehicles leading the way as they phutted and hissed their way through Wellington Arch, down Constitution Hill, past Buckingham Palace and Admiralty Arch and Whitehall into Parliament Square. Here, for the first time in its 122-year history the 60-mile route split into two, thus alleviating traffic congestion in South London.

Half of the plucky participants travelled over Westminster Bridge and then followed the traditional A23 route via Kennington, Brixton and Streatham Common; the other half left via Millbank, over Lambeth Bridge then journeyed via Vauxhall, Clapham Common and Tooting. The two routes merged on the A236 just north of Croydon with the entire magical cavalcade reunited as it headed to the spectator-friendly halfway point in Crawley High Street, the South Downs and eventually the Madeira Drive seafront in Brighton.

First away from Hyde Park was a Peugeot Type 3 dating back to the dawn of motoring in 1893. Hailing from the Turin Motor Museum, it is believed to be the first car to have been driven on Italian roads. Other early starters included the crowd-pleasing 1896 Salvesen Steam Cart – basically a steam locomotive running on the road complete with stoker shoveling coal into the boiler’s fiery furnace plus an evocative choo choo steam whistle – and a number of primitive motorised tricycles complete with riders and passengers regaled in period costumes.

Thereafter followed a staggering variety of antique machinery dating back to the era of innovative and experimental vehicles – some petrol powered, others propelled by steam and electricity; some fitted with steering-wheels, others with naval inspired tillers and helms.

As always it was an extraordinary sight without parallel anywhere on Earth: a living, moving testament to a bygone age when motoring technology was in its infancy. Blessed with such eccentric charm and incredible history, the renaissant Run enjoys worldwide participation and attracts huge crowds along the entire route. Among this year’s entries were cars from Argentina, Australia, Hong Kong, and South Africa as well as 21 from the United States

In total, 117 different marques ranging from Achilles (built in Frome, Somerset) to Yale (from Toledo in Ohio, US) were represented on this year’s Run – some, like Chevrolet, Renault and Mercedes, still well-known today, but the vast majority lost to history. Many cars and crews sported moustaches in support of Movember, the event’s official Charity Partner.

One of the ambitious brands to have fallen by the industrial wayside was making its Veteran Car Run debut this year: Vabis the embryonic Scandinavian company that can trace its descendants to today’s commercial vehicle giant Scania. Despite its rookie status, the newcomer completed the Run. Le Bon and Horner, too, were also savouring the event for the very first time; the former driving a 1901 Wolseley kindly loaned by the British Motor Museum at Gaydon, the latter behind the wheel of Lord (Irvine) Laidlaw’s 1904 Panhard-Levassor. Both made it all the way to Brighton enjoying the hazy autumnal sunshine and huge, cheering crowds lining the roadside.

“It was super,” enthused Horner. “We had a great run in a lovely car which ran seamlessly. I cannot thank Irvine Laidlaw enough for letting me drive his beautiful Panhard. It is an absolutely magical event and wonderful to see so many enthusiasts and car clubs coming out to support all those on the road. It was great fun – I’ll definitely be back for more!”

Le Bon was equally enthusiastic and enthralled. “I absolutely loved it,” she beamed at the finish. “I was grinning from ear to ear, even in the few more gripping moments that we had. The car behaved beautifully. The crowds were just astonishing – I had no idea quite how many people come out, but I’m delighted that they do to see these incredible vehicles all together on the road. It’s an extraordinary sight. What’s more, I was doing the Run for a wonderful cause – men should definitely be talking together more about health issues and taking charge of their wellbeing.”

In total, nearly ninety per cent of the starters made it to Brighton before the 4.30pm deadline to claim a coveted finishers’ medal – just 44 of the starters failing to reach the sea front. The first car home was the 1901 Oldsmobile of Andres Melkus from Austria arriving on Madeira Drive. Next across the line was Tom Loder driving a 1900 Stephens.

While the Run is famously not a race, the increasingly popular Regularity Time Trial does provide a competitive element. More than 320 entrants, more than ever before, elected to take part in the Trial by attempting to keep to a strict average speed for the stretch between Crawley and Burgess Hill. The winner was Paul Kelling in an Oldsmobile who covered the 13 miles at an average speed of 12.05mph compared to his 12mph target.

Ben Cussons, Chairman of the Royal Automobile Club, said: “It has been another exceptional Run in this quite remarkable event. The split route out of London definitely alleviated the traffic problems of the past, and it has been a real pleasure to complete the Run today. “The weather has been kind this year, which makes a big difference for these types of extraordinary vehicles, and I have seen lots of happy smiley faces amongst our participants.

“I would just like to thank all the people that have come together to make this such a special event. Thanks must go to the marshals all the way down the route that continue to make it a real pleasure to drive this event, those at Goose Live Events who run the event on behalf of the Royal Automobile Club, plus the Veteran Car Club of Great Britain particularly in dating these cars and making sure of their authenticity. “My final thank you is to the spectators who have lined the route. It is such a fantastic family event and it is great to see people of all ages enjoying themselves in the autumnal sunshine.”

As in recent years, the Bonhams Veteran Car Run supported by Hiscox provided a fitting finale to the Royal Automobile Club’s busy London Motor Week – during which the Club presented an array of functions and events. The penultimate event in the week was the free-to-view Illinois Route 66 Regent Street Motor Show, on Saturday 3 November, which turned London’s flagship shopping street into a motoring showcase that put the spotlight on veterans and moderns alike and attracted hundreds of thousands of visitors. For more details of the event visit www.veterancarrun.com. 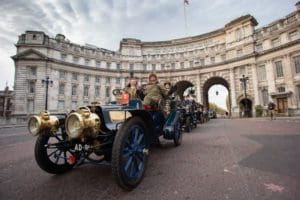 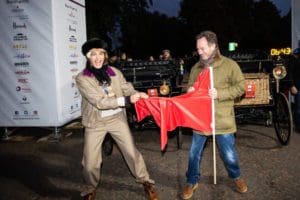 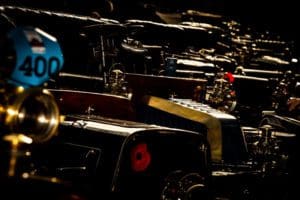 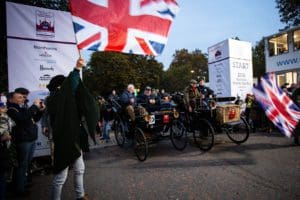 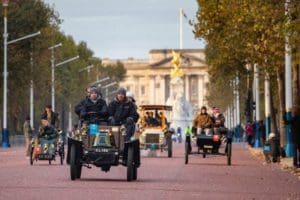 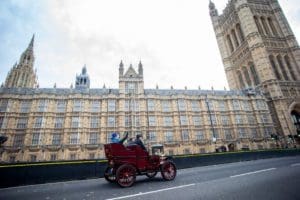 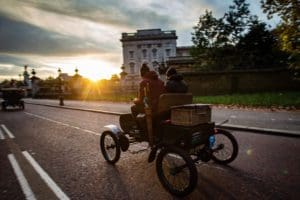 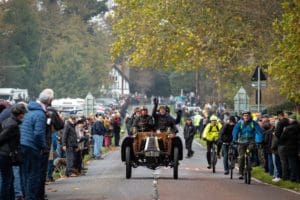 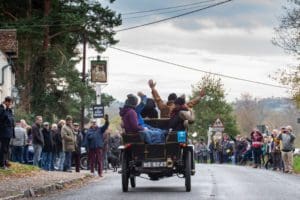 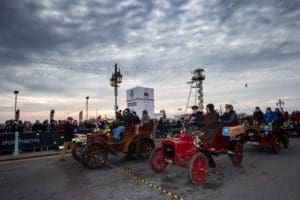 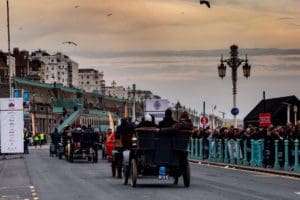