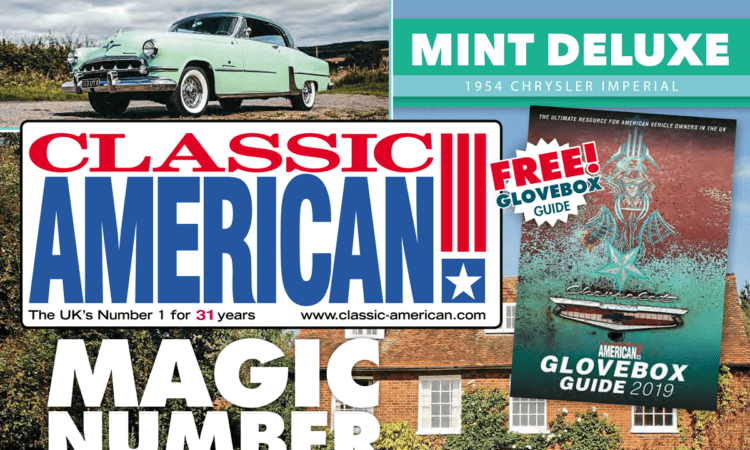 As ever, this month’s issue of Classic American magazine is packed with the best classic American muscle features, the best from our events, striking pictures of some awesome machines plus MUCH more!

If you’d like to read September’s Classic American, then you can cut to the chase and download the digital version, order the print magazine, or better yet save those pennies and subscribe to Classic American magazine. Here’s what to expect this month…

1954 CHRYSLER IMPERIAL! | When Peter Rickinson set out to buy his first classic American car he fell for this rare 1954 Chrysler Imperial Newport coupe. And yes, it has a Hemi…

1965 MERCURY COMET 404 | Dave Warden’s 1965 Mercury Comet 404 is a pretty rare example, but that didn’t stop him customising it into the car he’d always wanted.

SEX SELLS! | Jim Maxwell takes a look at some of the ways – not always terribly politically correct – in which women were involved in automobile advertising through the years…

PLUS! We feature a YouTube star, Across the Pond, Muscle Car Files, we publish your letters, plus all your news and reviews plus much more!

You can also buy stacks of back issues of CA, but it’s cheaper to subscribe. Subscribers save money, get their copies delivered to their doorstep and never miss an issue!