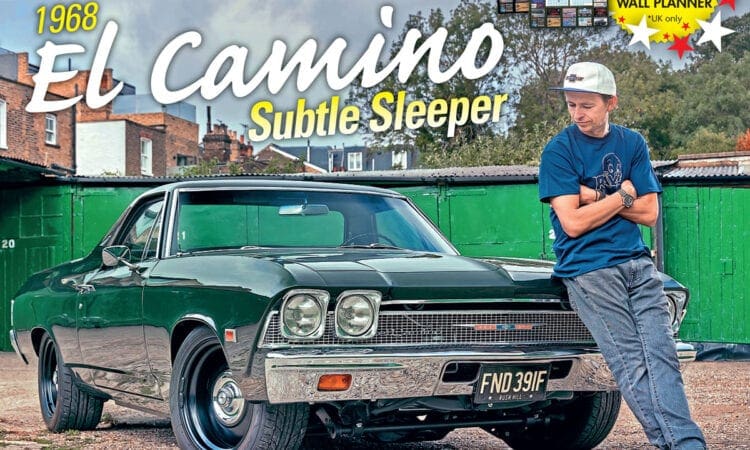 Grab our May issue, packed with the best classic American muscle features, striking photography of some awesome machines plus much more!

If you’d like to read the May edition, then you can cut to the chase and download the digital version, order the print magazine, or better yet save those pennies and subscribe to Classic American magazine.

Here’s what to expect this month…

This ’68 El Camino draws attention for its moody looks and low stance, but few who see it would guess what’s going on under the surface, as Nigel Boothman discovers…

James Reed’s Camaro wasn’t just a young man’s whim, he acquired it after a lifetime’s tutelage from his American car-mad family, as Jon Cass discovers…

Martin Skipper missed out on his 1949 Cadillac Series 60 Fleetwood four-door sedan once –so when it came up for sale a second time, he was determined not to miss out again. But it wasn’t all plain sailing, as Keith Harman discovered…

You can also buy stacks of back issues, but it’s cheaper to subscribe.