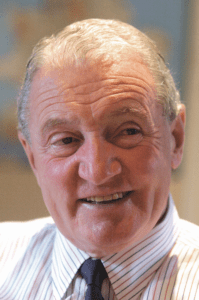 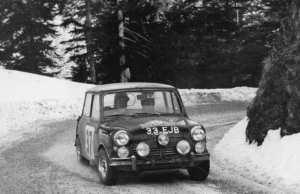 Organisers of the Lancaster Insurance Classics & Supercars Show are absolutely thrilled to announce Paddy Hopkirk will be attending this year’s show. Taking place on 15th July at Sherborne Castle, Paddy will be welcomed by the team following an invitation from his close friend and ex-team mate, patron of the show and fellow rally driver, Brian Culcheth.

Paddy Hopkirk is one of the greatest British rally drivers of all time, having competed in 283 events, and is most famous for winning the 1964 Monte Carlo Rally in a Mini and the actual car will be at the show. He was awarded an MBE in 2016 for his services to motoring and young people and is President of the British Racing Drivers Club as well as the Historic Rally Car Register and is an honorary life member of the Motor Industry Public Affairs Association.

Andrew Evanson, Senior Operations Manager at Lancaster Insurance, comments: “It is an absolute honour to be welcoming Paddy Hopkirk to the show. He has had a glittering career, spanning numerous motoring events, and is a true legend within the industry. I am really looking forward to catching up with Paddy, and showcasing the wonderful event at Sherborne Castle including the live rally element.”

This prestigious charity event, now in its 15th year, is regarded as one of the premier classic and supercar shows in the South of England. More than 2,000 vehicles will be exhibited including vintage, classic, rally, race, supercars, American, custom and hot rods. There will be over 150 trade, craft and autojumble stands plus a Charterhouse car auction, live music in the catering village, amusements for children and beautiful picnic places.

The show supports national and local charities and has raised £130,000 over the past four years. For more information about the show visit www.classic-supercars.co.uk or email classicandsupercars@gmail.com.