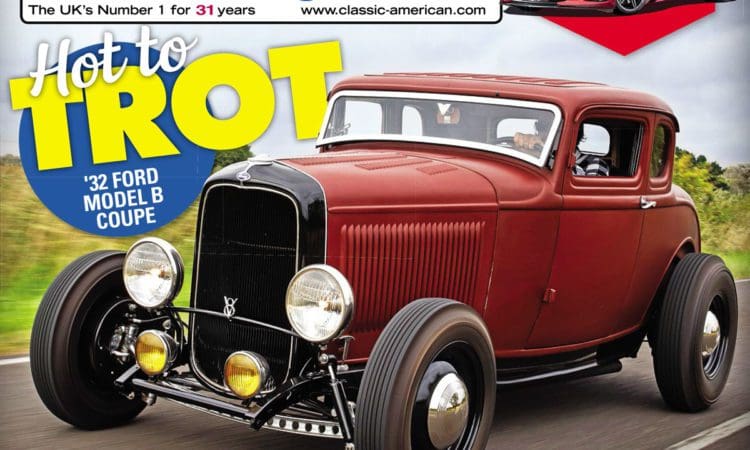 1932 Ford Model B Coupe! Have we found the best ‘Vette yet?! The Corvette you never knew! October’s Classic American magazine has got the lot!

As ever, this month’s issue of Classic American magazine is packed with the best classic American muscle features, the best from our events, striking pictures of some awesome machines plus MUCH more!

If you’d like to read October’s Classic American, then you can cut to the chase and download the digital version, order the print magazine, or better yet save those pennies and subscribe to Classic American magazine. Here’s what to expect this month…

1932 Ford hot rod | In the world of hot rodding the 1932 Ford is generally considered the holy grail, especially if it’s an original, all steel example − like this one…

1963 Corvette Coupe Speciale Rondine | Here we take a closer look at one of the more outrageous transformations, the Corvette Rondine…

1977 Pontiac Firebird | The mid-Seventies are often decried as the era when the American auto industry really started to lose its way; however, there were still some pretty impressive cars rolling out of the showrooms, as this 1977 Pontiac Formula proves…

PLUS! Win ticks to the Lancaster Insurance Classic Motor Show!

You can also buy stacks of back issues of Classic American magazine, but it’s cheaper to subscribe. Subscribers save money, get their copies delivered to their doorstep and never miss an issue!