Out of 80 applicants, the final 20 cars set to battle it out in the Lancaster Insurance Pride of Ownership at the NEC Classic Motor Show, held at Birmingham’s NEC from 11-13 November, have been selected – and it won’t be an easy decision for the visitors to pick the ‘Pride and Joy’ of the show.

Richard Morley, Lancaster Insurance’s Operations Director, said: “The line-up is incredible and we’re thrilled to be involved in giving people the opportunity to showcase their pride and joy. It’s going to be a tough decision for visitors to choose their favourite and we can’t wait to see who you decide is the winner at the show.”

Oldest in the line-up is a stunning 1930 Chevrolet Sports Roadster, believed to be the only one of its year and model in the UK after arriving here in the 1970s following 40 plus years in Uruguay. Three other American classics also made the final – a 1936 Auburn Speedster, a 1950 Studebaker Commander, and a 1969 Corvette Stingray.

A ’67 E-Type Jaguar 4.2 Roadster and a 1963 Austin Healey are also included along with a freshly restored 1973 Jensen Interceptor, a 1978 Lancia Beta 1600 Coupe, 1976 Citroen Ami Super, and the youngest car on display – a 1996 Lotus Esprit. The rarest vehicle on display has to be a 1950 Nipper Truck Milk Float which is bound to win the hearts of all who see it. Believed to the the very last one in existence, it’s equipped with the correct period bottles including the old third-of-a-pint school milk bottles.

The winner, voted for by the show’s 70,000 visitors is announced at 1.30pm on Sunday 13th November on the display stand in Hall 3. 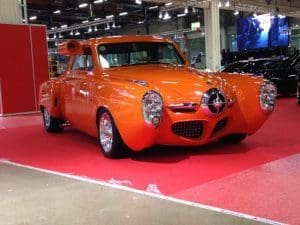 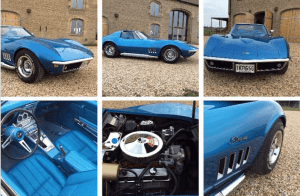 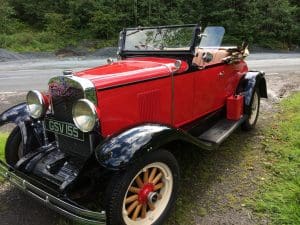 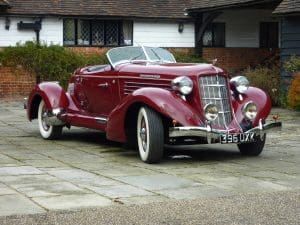