Stunning hot rods and custom cars from the American and British custom car scene, are to feature in a brand new exhibition, Hot Rods & Kool Kustoms,at Coventry Transport Museum. Bringing with them the sights and sounds of 50s Americana, the new exhibition will showcase a wide range of low-slung customs and cool chopped designs from the hot rod heyday of the 30s,40s and 50s, with the retro racers set to roll into Coventry on Saturday 28 January for the exhibition’s Grand Opening event.

The Grand Opening – 12pm to 2pm – will provide an afternoon of retro entertainment including themed food and live music and play host to various guests of honour such as Jaguar Land Rover Design Director Ian Callum, whose own 1932 Ford Hi-Boy Coupe is set to feature in the exhibition. With the cars taking centre stage, the exhibition will showcase a premium line-up of icons from the American and British hot rod and custom car scene, all equipped with eye catching designs, thunderous engines and compelling histories.

Another inspiring story from the exhibition cars comes from David and Lesley Brown’s 1931 Ford Model A Phaeton, built by wheelchair bound hot rod builder Galen Meek, in the basement of his house in Colorado. The Bedford-based Browns bought the car in 2007 and in a testament to Galen Meek’s engineering skills the car has clocked up 32,000 miles as the couple lived out their own ‘American Dream’ with road trips across 20 US states and parts of Canada. In 2015 the car was imported and the adventure continued around the UK, with a further 7000 miles clocked up by the Browns, who are members of the National Street Rod Association. The Hot Rods and Kool Kustoms exhibition will run from 28 January to 14 May. 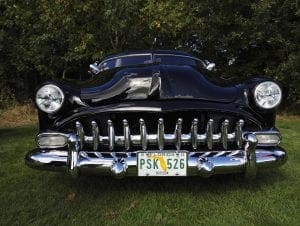 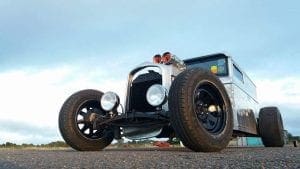 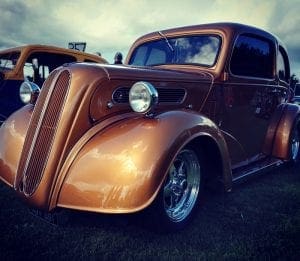 For more information on the exhibition visit http://www.transport-museum.com/events/1198/new_exhibition_hot_rods__kool_kustoms