The first five entries to be confirmed in the Lancaster Insurance Pride of Ownership display have been revealed. Held as part of the Lancaster Insurance Classic Motor Show at Birmingham’s NEC from Friday 11th to Sunday 13th November, the overall winner will be decided by visitors to the season finale.  Richard Morley, Operations Director at Lancaster Insurance, said: “We’re proud to be supporting an area which champions people showcasing their pride and joy and the story behind it. These five are indicative of the quality of the entries we’ve received and we’ve got some tough decisions ahead, but I have no doubt that it will be an outstanding display.”  First to be confirmed is a 1973 Alpine Renault A110 owned by David Holden from Sheffield, which was previously been used as a show car until David realised he liked driving it more than showing it!

“After numerous shows, it occurred to me that the joy was in the driving rather than the polishing just for show, and so I took to the hills,” explains David. “I have now completed more than 30 hill climb and sprint events, often as a class winner against more modern cars. I drive it to and from every event as well. It’s a fantastic little car.” Next up is a rare 1976 Citroen Ami Super owned by Neil Osborn from Peterborough. This striking example in the original Bleu de Petrel colour was one of the last produced between 1973 and 76, and purchased by Neil in 1984 with just under 35,000 miles on the clock but in need of a restoration. 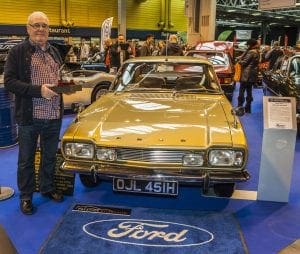 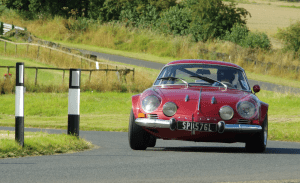 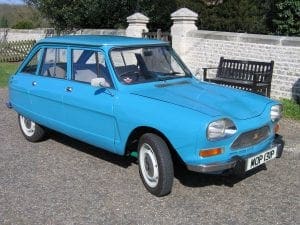 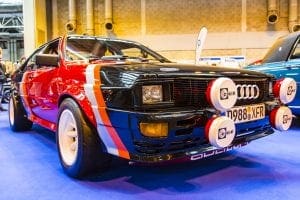 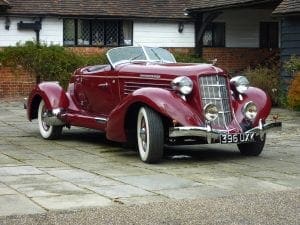 “It only had two weeks left on the MoT,” Neil explains. “But no sills forward of the B pillars, which were folding in on themselves, and no floor forward of the driver’s seat. The inner wings had rotted and the rear bumpstops weren’t looking good. However, the chassis was perfect and it was completely sound in the front bulkhead and roof so I decided to make a ‘Super Dyane’ out of it but on dismantling it, the car proved too good to throw away so I rebuilt it over two years. Now, 32 years and several restorations later, my wife and I agree this will be the last car we ever sell.”

Paul Riley’s 1986 Audi Quattro takes the third spot, a car he yearned for since he was a child. Paul bought the car in 2006 from an owner who had it in his collection as an ornament. “The previous owner never drove it, even though it was his pride and joy,” Paul adds. “But that’s not what I’m about – I wanted it to be my fun car, so when I burned a piston out I stripped it and rebuilt it from top to bottom to get it how I wanted it.”

The colour scheme is unique – Paul’s car was Mars Red, but having grown up watching rally Quattros he’s emulated the look with a factory spec stripe kit. “Dad and I both used to go and watch the Lombard rally, that’s where it all comes from.” Sadly, Paul’s father passed away earlier this year so he has entered in memory of their shared love of motoring.

The fourth vehicle to be added to the line-up is a spectacular 1935 Auburn Speedster, one of just 143 produced, belonging to Roger Learmonth from East Sussex. This model spent most of its years in the Philippines before being shipped to the UK for restoration in 1986. A brief stint in the USA was part of its history before returning to Britain for a second resto in 2011. With 17,000 miles on the clock, Roger has made contact with all seven owners to retain the vehicle’s provenance.

Finally, the fifth car included in the display is the winner from the show’s sister event held in the spring. Barnsley’s Stuart Turp and his 1969 Ford Capri 1600 GTX LR were crowned the winners by visitors to the Practical Classics Restoration and Classic Car Show, and as part of his prize, he gets to defend his title in November. The display will see 15-20 classics included so there is still time to enter your pride and joy into the competition. To enter, just email your contact details along with the year, make and model of your vehicle, a brief history of the car, and two images to andrea@poppyseedmedia.co.uk. Entries close on 30th September.For more information on the display along with the rest of the show features, the various ticket prices and booking details, visit www.necclassicmotorshow.com.