Don and Donna Garlits of the Don Garlits Museum of Drag Racing in Ocala Florida have donated $1000 to help keep Europe’s first dragster maintained in fire-up and parade condition during 2017. Owned by the National Motor Museum, Beaulieu, the dragster is available for static display or fire-up shows and parades having been restored during the past 9 years by the Allard Chrysler Action Group (ACAG) headed by Brian Taylor. It is permanently on display at the museum. The link between the National Motor Museum, Beaulieu, Sydney Allard and the Garlits family goes back to 1976 when Don was racing at Santa Pod Raceway. It was a visit to the museum with Peter Billinton at that time that gave Don and his late wife Pat the idea of opening their own museum of drag racing.

The donation was handed over during a recent visit to the UK by Donna and she was joined by David Marks of the Beach boys. The band’s link with Sydney Allard goes back to 1964 when the Beach Boys were touring the UK. During this time they organised a photo shoot with an Allard Dragon dragster in London. The RH photo shows Donna and David handing over the donation to ACAG Chairman Brian Taylor. The LH photo shows the Beach Boys with the Allard Dragon in 1964. Brian Taylor said:

“Although the restoration project is now complete we will still need funds and expertise to keep the dragster in fire-up and parade condition so this donation from Don and Donna is very welcome. I would like to thank all of our supporters for their help in getting the dragster to this stage and organisations wishing to have the car on display during 2017 can contact me on brian@allardchrysler.org or the Museum Manager Doug Hill on Tel 01590 614600” 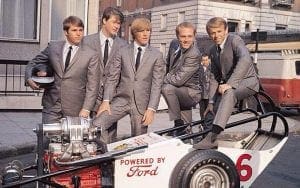 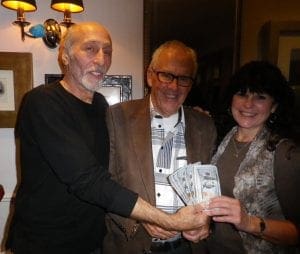