A panel of tourism industry experts picked the internationally-acclaimed International Autojumble as a shining example of a heritage-themed event, offering the best visitor experience and celebrating history.

Beaulieu Events Manager Judith Maddox said: “We are thrilled to have won not only one but two top tourism awards for one of Beaulieu’s biggest, most popular and longest running events. We are particularly delighted that it has been recognised in its landmark 50th year, especially as it brings so much enjoyment to motoring enthusiasts and promotes automotive heritage across the world.”

The International Autojumble, which is held in the grounds of the National Motor Museum, is the largest autojumble this side of the Atlantic and attracts visitors from across Europe and beyond. More than 36,000 visitors turned out for last year’s landmark event to scour the 2,378 stands which are crammed with motoring treasures and elusive spare parts for restoration projects and to keep classic cars on the road. The event created a local economic benefit of £3m to the New Forest and surrounding area.

The anniversary event invited exhibitors to join in with a special gold theme and a trophy was awarded to the best gold stand, which was topped with a ‘birthday cake’ which could be seen across the Beaulieu events fields. A special display of vehicles showed what can be achieved with parts bought at the autojumble and loyal exhibitors and visitors recorded five decades of memories in a commemorative booklet.

Beaulieu’s 2018 International Autojumble will be held on September 1st and 2nd. For the latest information and full Beaulieu events calendar, see www.beaulieu.co.uk/events/. 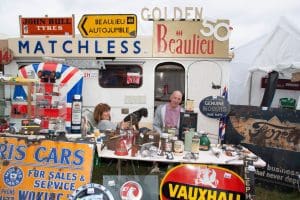 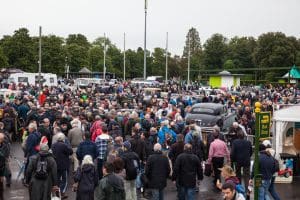 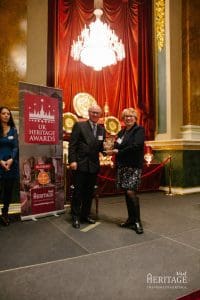